We offer flexible working practices, quality castings, attention to detail, precise communication skills and the experience gained on many projects working with architects and contractors. We manufacture a diverse range of architectural cast iron products with a reputation for being on time and on budget.

Much of our experience has come through supplying drainage products for building works. In addition to our standard range we manufacture ornamental and one off castings, particularly for restoration and heritage projects.

We can replicate any cast iron casting that has been previously manufactured.

A good paint ﬁnish is vital to the performance and longevity of a Cast Iron rainwater and soil drainage system. Primers and ﬁnished coatings protect the underlying substrate by providing a barrier between the Cast Iron and corroding elements. Tuscan Foundry Products offer the following paint ﬁnishes, all of which are carried out by paint specialists in factory conditions.
READ MORE 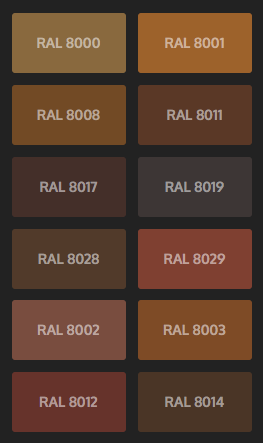 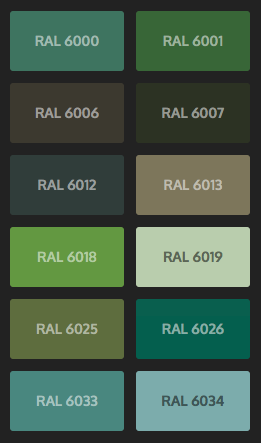 Cast iron planters can be produced to a variety of shapes and sizes and can include personalised embellishments.  Apart from the unique natural appearance, the benefits of using cast iron for planters are durability, longevity, a lower whole life cost and also the environmental considerations.

Cast iron outdoor furniture such as planters and lawn ornaments were at their height of popularity from the mid 1800’s until around the turn of the century.  During this time iron workers developed the skills necessary to make decorative cast iron and due to the Victorian fascination with lawns and gardens, it created a public demand.  Moulded cast iron was relatively cheap and replaced the more expensive hand-made wrought iron used largely from the early 1800s. By the 1890s cast iron was in turn replaced by steel which was lighter, stronger and less brittle.

A few bespoke cast iron pieces were designed and made for wealthy individuals but the majority of pieces were mass produced in moulds and sold to the general public. Victorian manufacturers overcame the weight problems posed by cast iron by simply dividing a large design into a number of smaller castings. The small castings were individually boxed, shipped and then assembled into the final form on the grounds of the buyer.

Original cast iron urns up to five or six feet in height, for example, were typically created from 4 to 5 castings all generally under 12 inches tall and weighing no more than 50 to 100 pounds. Original garden benches were made from as many as eight to ten pieces usually in the 5 to 50 pound range. Certainly not lightweight, but these sizes and weights could be handled by a Victorian home owner and a helper fairly easily. Although these pieces look massive and imposing when assembled, most are easily taken apart and moved.

Pavement lights (UK), vault lights (US), floor lights, or sidewalk prisms are flat-topped walk-on skylights, usually set into pavement (sidewalks) or floors to let sunlight into the space below. They often use anidolic lighting prisms to throw the light sideways under the building.  They declined in popularity with the advent of cheap electric lighting and some cities are systematically removing historic sidewalk lights; however those interested in preserving their history are restoring and replacing them with materials such as cast iron to ensure that they will remain for decades to come.

Cast iron pavement lights are a method of daylighting basements and are able to serve as a sole source of illumination during the day. At night, lighting in the basements beneath produces a glowing sidewalk.

Pavement lights may be used to make subterranean space useful. They are more common in city centres, dense, high-rent areas where space is valuable. Historically, landlords took an interest in improving not only the floor area ratio, but the amount of space that was naturally lit, on the grounds that this was profitable.  Occupiers valued daylight not only as a way of saving on artificial lighting costs (which were higher historically), but in some cases also as a way to let premises remain cooler in summer, and a way to save on ventilation costs.

Pavement lights and related products were historically marketed as a way of saving on artificial lighting costs and making space more usable and pleasant.  Modern studies of similar daylighting technology provide evidence for those claims. 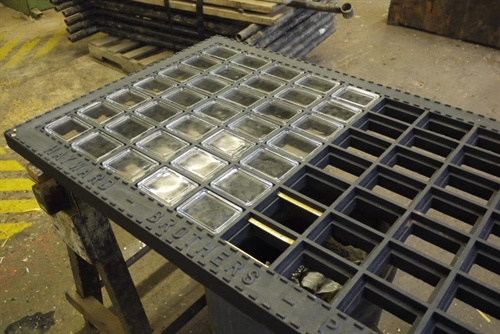 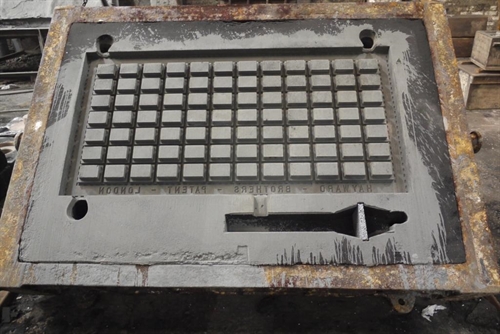 Residing in our towns and cities, on our roadsides, in parks, as well as around our schools and businesses, street furniture really is a massive part of our everyday landscape. Individual pieces offer a range of practical, social and environmental functions.

Cast iron is the traditional choice for long lasting street furniture in the UK and is widely respected for its sustainability credential; making cast iron the perfect choice for landscape transformations in heritage, conservation and urban areas.

The first “street furniture” landmark was the ‘Maritime Bollard.’ It was the next design progression from the wooden bollard, and came into use in the 17th and 18th century, during the Victorian era. They were reconfigured from disused cannons reclaimed from decommissioned ships and were most notably present in Portsmouth and the London Borough of Camden.

Seating is another key piece of the street furniture industry, became more popular with the advent of the railways in the 1840’s. The first type of bench associated with the railways was that of the Great Western railway company which connected the midlands with London, the south-west and west of England.

Tree Grilles and guards are a relatively new sighting in the urban environment.   These grilles are an excellent example of how street architecture and the environment, humanity and the organic are working in harmony with one another. They are also a stylish way to help to prevent vandalism and theft in urban areas. 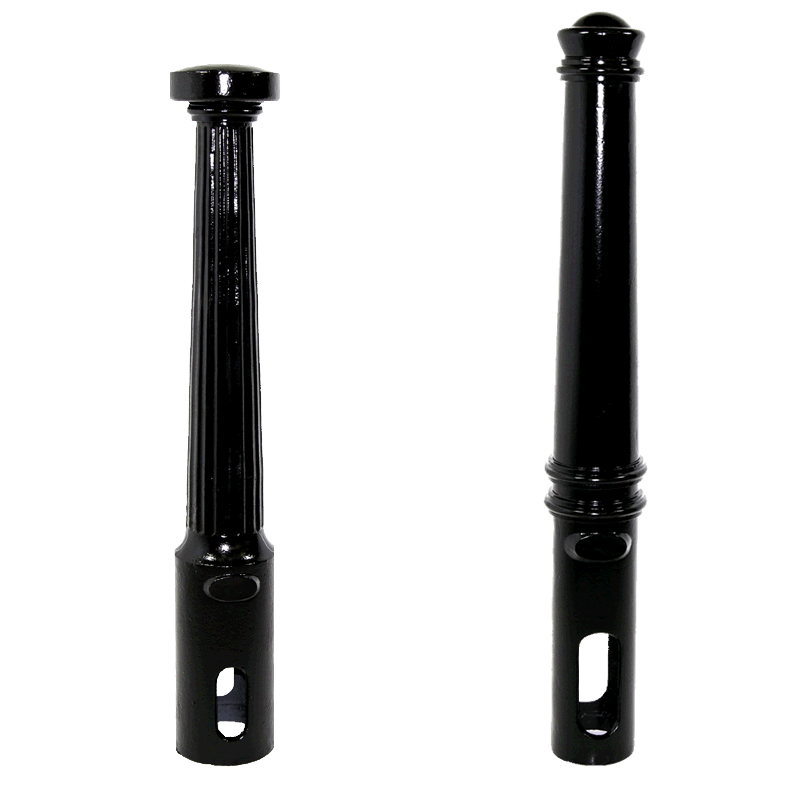 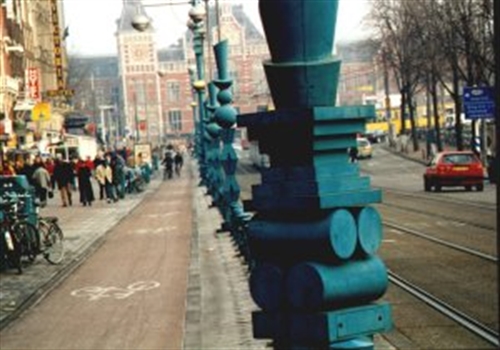 Ecclesiastical floor grates have been a feature of our churches and cathedrals for a very long time. Used to cover the under floor heating pipes whilst allowing the air to circulate upwards, they were also popular in Victorian and Edwardian greenhouses, conservatories and orangeries. They come in many different designs, often unique to an individual building, usually intricate and actually quite beautiful for such a functional item. 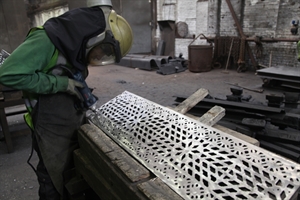 The earliest railings were wrought iron, and their manufacture was possible because of the development of blast furnaces in the 15th century. Early examples can occasionally be found inside churches. Wrought iron continued to be used until the late 19th century, following the emergence of steel.  Cast iron railings did not appear until the second half of the 18th century, following the development of new industrial processes.

Cast iron became ubiquitous because of the Adams brothers in particular, who immediately recognised the ease with which it could be cast into classical forms. However cast iron was rarely used decoratively on the outside of houses until after 1850. Iron was most commonly used for railings mounted on low stone boundary walls, balustrades and in the case of some middle class houses, parapets or to crown bay windows, porches or pointed roofs. Cast iron increased in popularity during Victorian times and was widely used for making Victorian gates, railings, panels, and the decorative elements they incorporated.

Beautiful and ornate, Victorian wrought and cast iron railings are a common feature of churchyards across the country. They may have been installed originally to mark the boundaries of consecrated ground and to provide a level of security for the graves and church, but they are also of historic importance in their own right and are often much cherished by parishioners and church authorities.  Historic ironwork is difficult to repair well and requires sensitive conservation. Processes should be informed by an understanding of the principles set out by the Society for the Protection of Ancient Buildings (www.spab. org.uk) and in the Burra Charter (see australia.icomos.org). In particular, conservators should seek to retain and preserve as much original material as possible, using traditional materials and techniques in repairs, with minimal disturbance to the original work, and using reversible processes where possible.

It is not always possible to restore or repair old railings when the damage is extensive, or if the originals have been replaced at some point with cheaper replicas.  In those situations Tuscan Foundry Products can advise on the cost of replacement items to match the original cast iron railings. 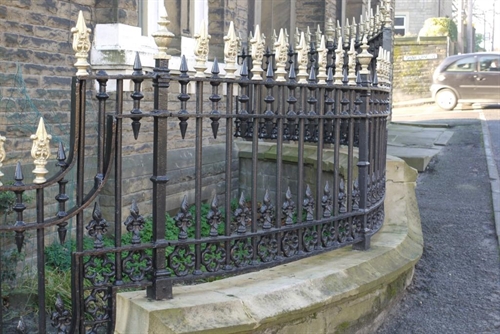 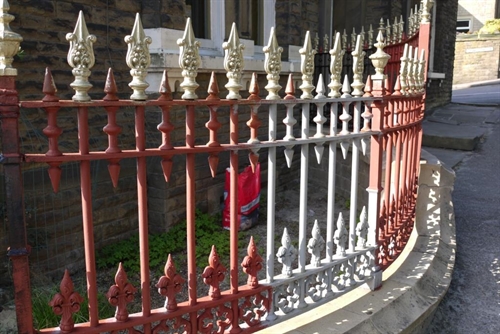 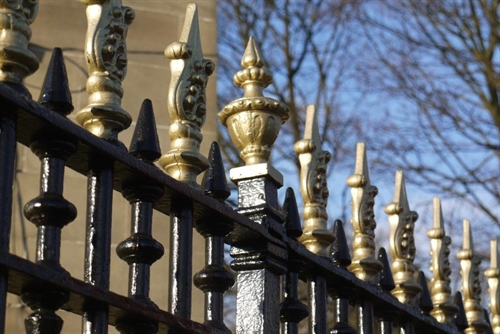