Cast back to its origins

It seems ironic that UK based Tuscan Foundry Products would be supplying its period style cast iron radiators to America, home to some of the first cast iron radiators. But after scouring the country President Richard Mindler of the Quakertown Train Station Historical Society discovered that none of the foundries in the USA manufactured cast iron radiators in the style needed for the $800,000 refurbishment of the town’s Victorian train station built in 1902. 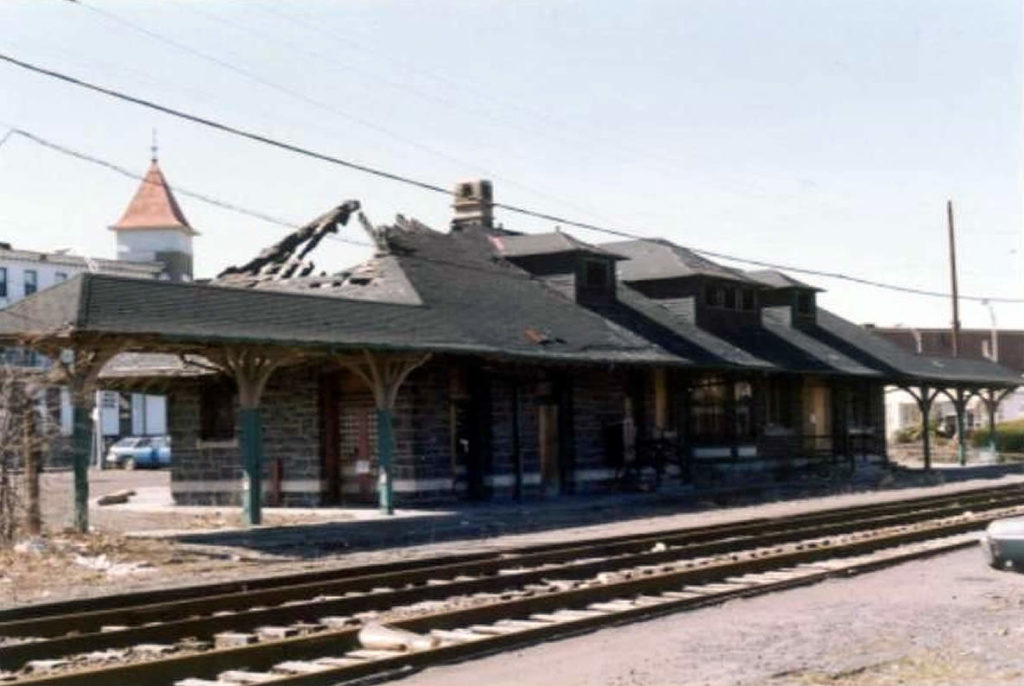 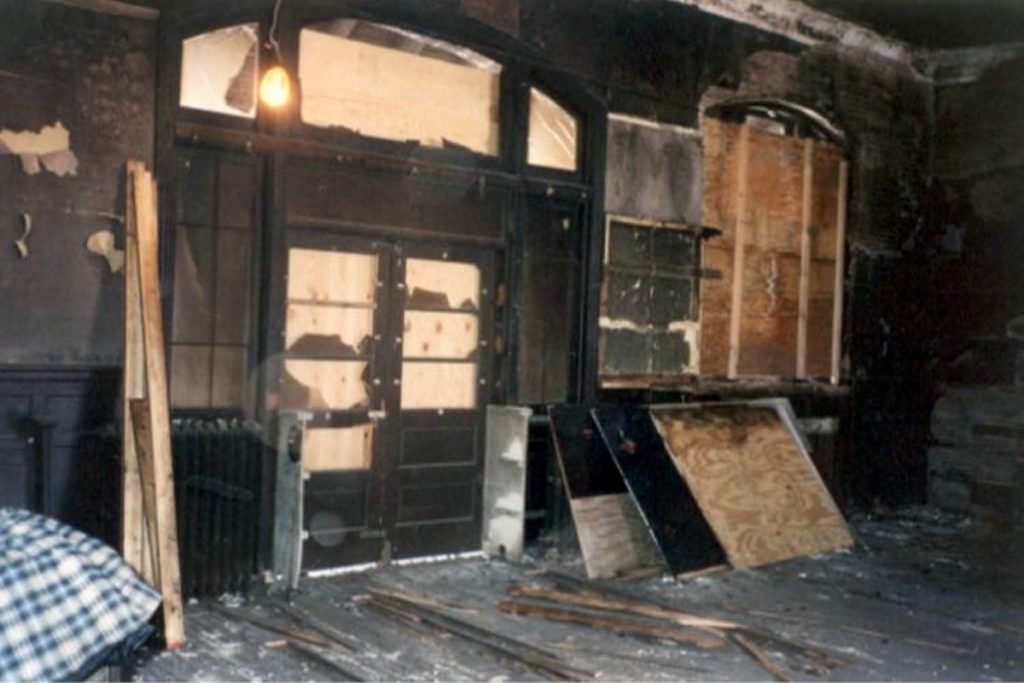 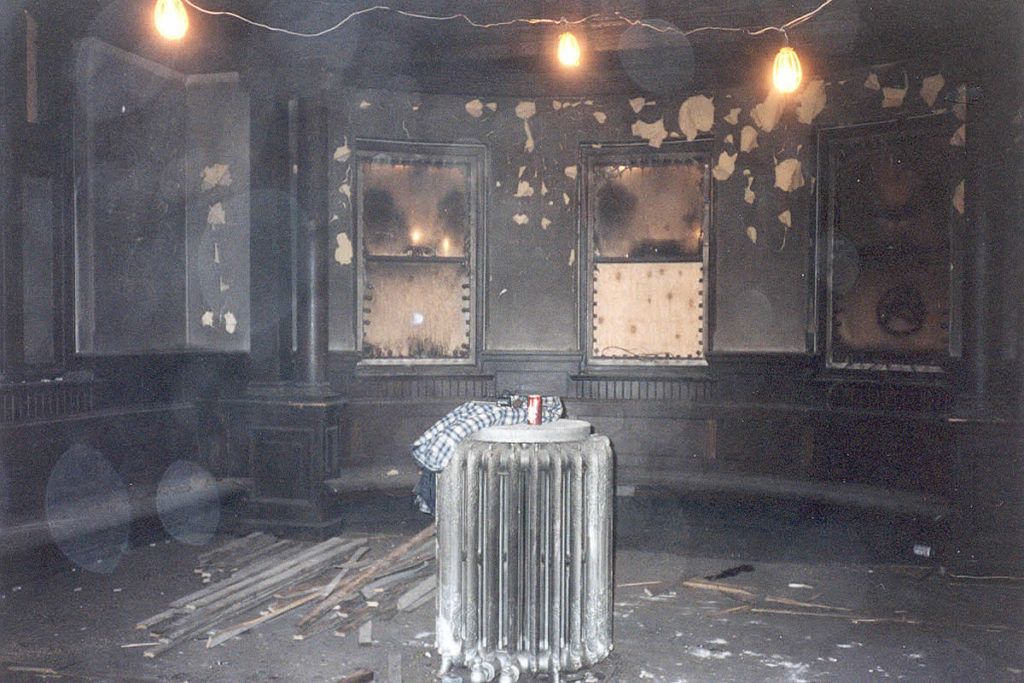 After obtaining a 25 year lease from SEPT (South Eastern Pennsylvania Transport Authority), the Quakertown Train Station Historical Society began its mission to restore the train station which was damaged by fire in an arson attack in 1989, back to its former glory. Deborah Samsel, Treasurer of the Quakertown Train Station Historical Society explains:

“Because the train station was owned by SEPT and no longer in use, it was left neglected. SEPT is self-insured so did not have to repair the building. The local government threatened to have it raised so we formed the Quakertown Train Station Historical Society to save the building”

To stabilize the building, five feet of water had to be pumped out of the cellar and the roof covered. The Society, consisting of ten members, began its struggle to raise enough funds to pay for the engineering and restoration costs. The renovations commenced once the building had been listed on the Register of Historical Places. The Society had a clear idea of what the building needed, Deborah reveals:

“The main objective was to update and replace all the utilities so the train station could become a venue to rent out for functions. This meant adding features like air conditioning, provisions for the handicapped and also a full fire and security system.”

The original cast iron radiators including a rare ancient barrel shaped radiator were unfortunately not drained after the fire and suffered severe cracking during the winter months. Richard Mindler, President of the Society searched the internet for exact replica cast iron radiators but could not find any foundries in the whole of the USA that manufactured radiators in this style.

“Richard couldn’t find anything in the USA that was suitable” explains Deborah, “He then decided to broaden his search abroad where he eventually found Tuscan Foundry Products and exactly the style of radiator needed for the station. We definitely needed cast iron as that’s what the original radiators were made of and cast iron produces a much better heat” 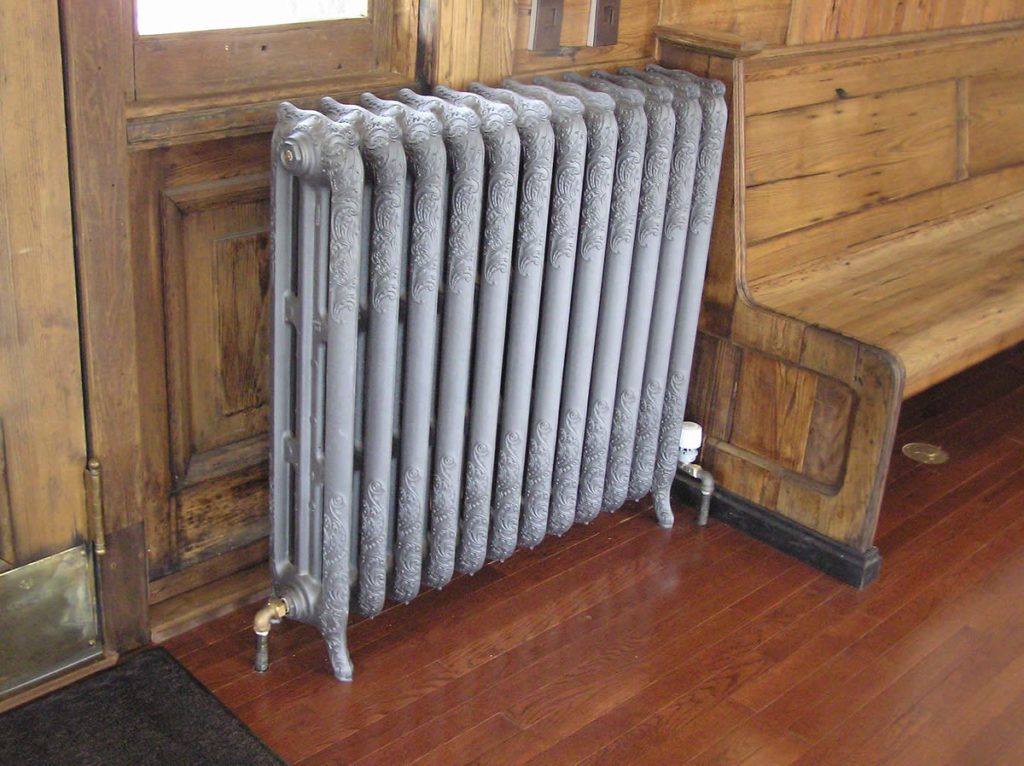 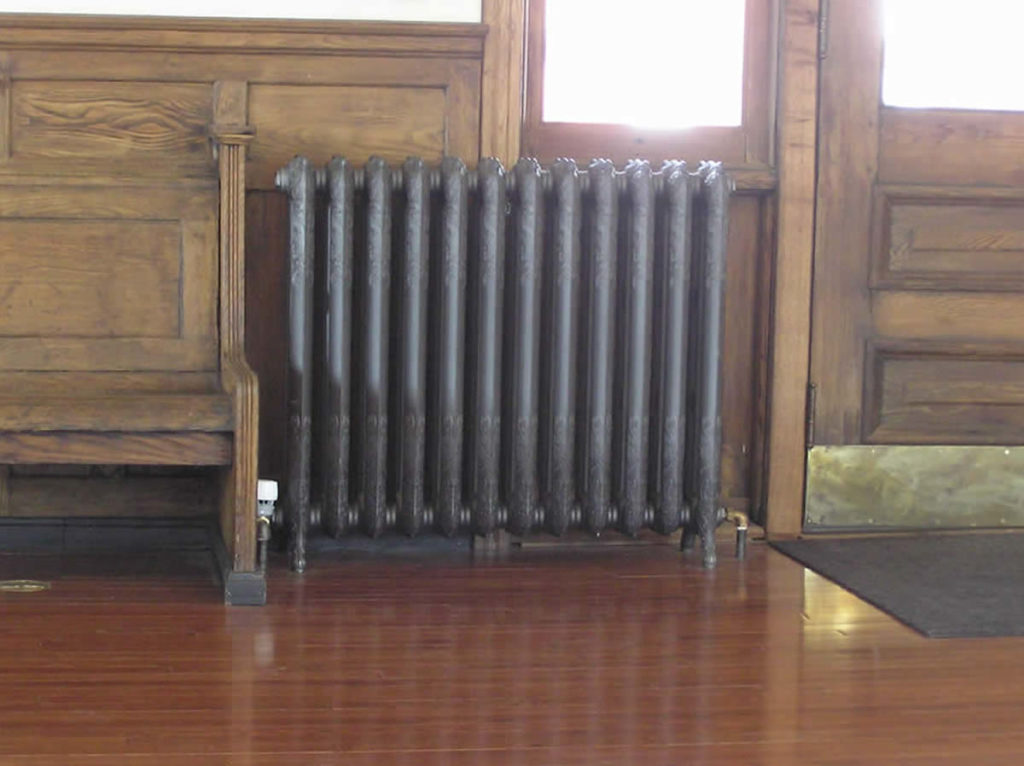 Paul Trace, Managing Director of Tuscan Foundry Products was thrilled to be able to help:

“When I received the enquiry I was intrigued as its not every day we get approached by an American town and such a unique project. Our Nouveau radiator has a scrolled relief pattern which gives it a very unique period styling that is perfect for replacing cast iron radiators from the Victorian era. I felt honoured we had been approached by such a worthy restoration project”.

The restoration project took approximately 17 months to complete but the whole process has taken more than 15 years of planning and fundraising.  However, the project is not totally complete as the Society is currently waiting for an opinion from an English mason as to what process is needed to clean the external stone walls.

“There were countless problems that arose during the restoration”, Deborah reflects: “One of the most challenging problems was the retrieval of the radiators, getting through US customs and picking them up at their final destination in Baltimore MD in the allocated time was truly a learning experience”.

The restoration of the train station has generated a huge amount of media coverage and was used to host Quakertown’s 150th Anniversary.  Deborah concludes:

“It’s a huge achievement to have the train station completed after all these years, the waiting room looks fantastic. The radiators are a real feature; I have been photographed next to them by the media because they came all the way from England.”

The future of the Quakertown train station is positive. The society are already speaking to organisations about using it for business functions and are keen for everyone that has donated time and funds to benefit from using the station as a venue. However, according to President Richard Mindler one thing is certain about the future of the train station: there will be no McDonalds or Starbucks!